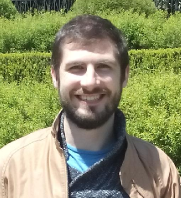 Hello and welcome to my website! I am a robotic research engineer. My research interests include: kinematic and dynamic modeling of serial, parallel and cable driven robots, control of cooperative robots, visual servoing and human robot collaboration. Currently, I am a senior researcher in the adaptive robotics team at IMR.

Before this I worked as a researcher in the robotics team at IRT Jules Verne (Institut de recherche technologique), Bouguenais, France. My work at IRT focused primarily on collaborative robots (cobots) for industrial partners (Renault, Airbus, STX, GE amongst others). In addition to this, I worked extensively on cable driven parallel robots and vision force control for industrial applications.

I carried out my PhD research in IRCCyN (LS2N) , Ecole Centrale de Nantes, France between 2011-2014. The topic of my thesis was the kinematic and dynamic modeling of closed chain systems in particular cooperative robots. Other contributions included force/vision control for deformable object separation and the modeling of parallel robots with flexible platforms.

Prior to this I participated in the EMARO program, a two year European research masters (Italy and France) in advanced robotics. I obtained my bachelor's degree in Mechanical Engineering from NUI Galway in Ireland. After which I spent two years working as a mechanical engineer, specializing in finite element analysis and vibration isolation, in Xyratex in the UK/Malaysia.